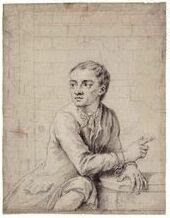 Good yarn, Ray. Stories of the Jack Sheppard/Jonathan Wild variety are as fascinating as any western. Back in the 1950s, the weekly Sun Comic used to run a large number of western strips and even adaptations of movies like She Wore a Yellow Ribbon. On the back cover was a series called Highway Days. It was about a fictionalized Dick Turpin, his girl companion Moll Moonlight -- and the wicked Jonathan Wild as the villain.

"Stand! Stand I say! Stop the coach, fellow, or it will be the worse for you!"

Delightful stuff. I could be tempted to revive the genre!