A FORTUNE FOR WAR by Ryker Frost

This is a Black Horse Western from 1988

Providence Ryan is a farrier by trade from the English county of Hereford but has spent several years in Australia as a convict. Having served his time for housebreaking he has worked his passage to America and is in the process of crossing the continent intending to return home.

Arriving amongst the silver mines of New Town looking for work either for food and lodging or the means to pay for them he bumps into the colourful gambler Ezra G Sheldon who, on hearing Ryan's quest, mentions that he knows of a woman who is desperate for a man.

The woman in question is Anne-Marie Bouchette who's freight wagons of pure silver ore are trapped in a warehouse. With the drivers scared off by unknown forces and the local sheriff and his deputies she needs to find someone who will stand up to them. Trouble is that the law are Confederate soldiers waiting for wagons to take the ore east to fund the Southern cause.

Anne-Marie (real name Ann Mary Butcher) is, also, the local brothel owner. She grew up in Whitechapel in London's East End who, in order to survive, became a prostitute. Seeing a future abroad she arrived in New Orleans via New York. Now she owned her own business and sworn off mixing business with pleasure.

From the moment that they meet there is chemistry between Ryan and Anne-Marie and sparks fly.

Despite his misgivings - Ryan agrees to help even though it means that he has to learn how to use a gun on the job.

In the background there are others with their own agendas the threads of which all come together in the finale.

This is a very British western that concentrates on the lead characters without distracting from the plot.
Posted by Ray at 00:35 No comments:

"I want to live fast, die young and leave a beautiful corpse."

You could say that Nick Romano's words from 'Knock On Any Door' was the motto of my generation. Today you can pick up T-shirts with variations of that theme emblazoned across them. Nothing changes.

At least they kept that line in the movie.

'Knock On Any Door' was first published in 1947 by Willard Motley (1909 - 1964) a Chicago born writer. The novel concerns an Italian-American altar boy, Nick Romano, who because of poverty turns to crime.

I didn't discover that book until late into the sixties - maybe, shortly after Willard Motley's death when a re-print emerged.

My introduction to Willard Motley was through the sequel 'Let No Man Write My Epitaph' (also made into a move with Ella Fitzgerald singing the title song). It was published in 1958 but the Pan paperback version did not come out until 1960.

Again the main character is Nick Romano - though this time around it is Nick junior. Nick wants to become a painter but has to care for his drug addicted mother. He is fighting a losing battle because his mother's drug dealer boyfriend is feeding her habit. Nor is it long before Nick is dragged into the spider's web and has to find away to claw his way out again.

The biggest criticism of Willard Motley was that he was a middle-class afro-american who chose to write about low class white people. Actually, who cares what he was? The fact remains that the two Romano books are tough and smack of realism. It is about human life after all.

1960 also saw the publication (again by Pan) of Nicholas Monsarrat's novel 'This Is The Schoolroom'.
Monsarrat (1910 -1979) who, in contrast to Willard Motley, was the son of a surgeon. He had been educated at Winchester and studied law at Cambridge. However, his love affair with the law was soon over and he drifted down to London where he worked as a freelance journalist. Between 1934 and 1939 he wrote four novels and a play - all but one drifted into obscurity.

Monsarrat is best known for such novels as 'The Cruel Sea', 'The Tribe That Lost It's Head' and 'Three Corvettes'. The list could go on - but 'This Is The Schoolroom' is regarded as his first major (and, possibly, important) of his works.

This is the story of Marcus Hendrycks is semi-biographical and set against the turbulent decade of the Thirties. After the death of his father Hendrycks quits University to become a freelance writer. Arriving in London he encounters revolution, hunger and death - and it is a wake up call.

He discovers the poverty and filth of the slums and follows on a journey of love and violence to the horrors of the Spanish Civil War. This is the real world that his 'privileged position' had protected him from.

'The best teacher is experience and not through someone's distorted point of view' - a quote from 1959 Pan edition of Jack Kerouac's 'On The Road' could apply to 'This Is The Schoolroom'.

Jack Kerouac gave a vivid picture of a restless generation but has a deep undercurrent that has double act where the dominant partner is the reckless one who fails to accept any responsibility for his actions and in the process erodes Sal's dependence on him.

As an aside there is a weird connection (in the movie) to 'On The Road' and 'This Is The Schoolroom'. At the end of the movie Sal Paradise sits at the typewriter and writes about the night his father died; the first line of 'This Is The Schoolroom' is "I was unusually drunk the night my father died". I laughed at this - I do believe that I read both books in consecutive order for me to make that connection years later.

Three books - all read in 1960 when I was just fifteen. Perhaps, a couple fall into the 'forgotten books' category but should be revived. Certainly doesn't apply to Jack Kerouac. They were all influential at the time - and I still have them.

Yet all three characters - Nick Romano, Marcus Hendryks and Sal Paradise - have one thing in common by facing all that life throws at them and get to come through it all. They may be 'rebels' but as David Bowie once sang 'Rebel Never Get Old' we just get in your face from time to time.

The past is where it is - it shaped us and great to recall but it's not a place to dwell.

I'll leave the last words to Jack Kerouac: 'Nothing behind me, everything ahead of me,as is everso on the road.'

Labels: Jack Kerouac, Let No Man Write My Epitaph, Nicholas Monsarrat, On The Road, This Is The Schoolroom, Willard Motley 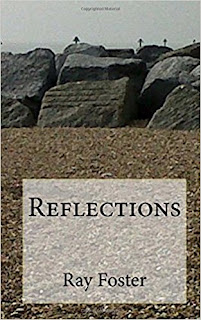