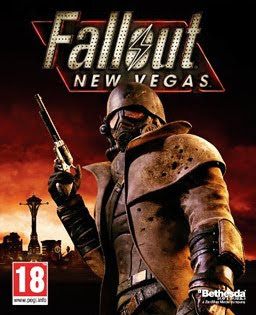 Now if you liked 'Red Dead Redemption' you should like this.

Fallout New Vegas takes place about three years after the events in 'Fallout 3' but is not a sequel.
The main character is a courier taking a chip and some documents to the town of Primm but three men ambush him and leave him for dead with a bullet in his skull in a shallow grave. Fortunately, a rescue takes place and the courier wakes up after an operation performed by Doc Mitchell.
The doc asks a few questions which enables the gamer to choose their name, gender and character via a few questions. Then calculates your skills.
After this you toddle off to the saloon to meet Sunny Smiles who gives you some weapon training before going off to clear the town's wells of geckos.
If you have played 'Red Dead Redemption' then all this is familiar territory and is, therefore, a bit of a doddle.
The action takes place in the Mojave Desert (Mojave Wastelands) and Las Vegas.
However, that said, I liked the way that the gamer is able to create their own character and learn skills that help to build it up. You learn how to use plants for healing and for food. Learn how to make ammunition and embrace some gunsmithing skills.
This post-apocalyptic 'western' has very good graphics and soundtrack.
The gamer can either link up with companions or head on out as a loner.
When choosing companions Boone would be best and Rex the dog who, like the dog in 'Fable 2', finds objects for you rather than your character have to do all the rooting about.
Having only completed the first few levels I am finding it interesting and it looks to be a good game.
One slight and very picky problem is the gunsight as it is not quite accurate and needs a slight twitch to the left to hit the target.
Fallout New Vegas was released in the UK today 22nd October 2010.
Posted by Ray at 00:49