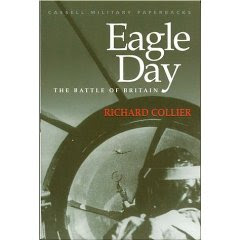 Fascinating reading! I am a historian but have focused more on 19th C. America than 20th C. Britain. I am, however, an huge devotee of "Foyle's War" and its excellent depiction of England at war, including the Blitz. I've finished 3 seasons (out of 6) and, for me, the best part is the ordinary humanness of Foyle and his fellow police as well as the ordinary humanness of the ne'er do wells. Even in war, folks want money.

Thanks for the reminder today.

The reason the British and allied troops were given a reprieve at Dunkirk was that Goering asked for the honor of finishing them off with his Luftwaffa. It didn't work, and many of the allies were savedbefore the German army finally got to mop up the stragglers.
Great posts.