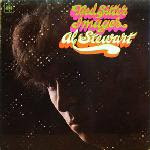 This album was released at the end of 1967 - but I, along with others, would hear the whole thing live at the Orpington Folk Club before that release date.
This wasn't just a collection of songs but well crafted short stories that could well have been a soundtrack for Colin Wilson's 'Adrift In Soho'.
'Bedsitter Images' may sound depressing yet the storyteller is living a lie. He's gone to London expecting one thing and has found that dreams just do not come true. At the same time he is fooling his friends and himself that things are alright.
'Swiss Cottage Manouvres' takes the listener into the world of the second hand bookshops and chance encounters. 'Pretty Golden Hair' has another tragic tale to tell of a young man who suffers the consequences of his hair.
Yet that is the substance of this album refelections of life as it was at the time the songs were written.
But it is also about the London that I loved. Charing Cross Road and the characters that haunted Old Compton Road and the streets of Soho and Chinatown. Shabby and romantic - but listening to this album it is really a time that was.
During the interval I was fortunate to be able to talk to Al Stewart about the songs and as can be concluded many of them were drawn from life.
We were served by a pretty blonde girl, it was the only time that I had seen her there. A year later I met her again - almost to the day - she became my wife.
So 'Bedsitter Images' has another meaning for me.

'Bedsitter Images' was re-released in 1970 as 'The First Album' with two tracks deleted and replaced by 'Lover Man' and 'Clifton In The Rain'.
I still think that the original was the best.
Posted by Ray at 11:31