Childhood is the most formative time of our lives.
In this day and age it is difficult to imagine a wild bunch of five year old kids running riot without a 'responsible' adult in sight. It is how we grew up and in doing so educated ourselves.

Along with 'life skills' I loved reading and writing - my mum had taught me how before I got to school. By the time I was eight I was reading books like Patrick Reid's 'The Colditz Story'. Although I could write it was down to the books that I read that taught me about structure.

Of all things it was writing that had me outside the various headmaster's office. Very often for the same offence - and my poor parents took the brunt of it.

As told in Part 1 - a western had my influences questioned. The next time occurred just after we moved to Kent. The subject was on parents and home life - but this 9 year old didn't fancy the guidelines. Instead I used a different life - one that I knew well. Friday nights outside a certain pub in Finchley you would find children sitting outside with crisps and glasses of lemonade. For most it was what it was - a night out with friends and family - for others there was another side. Two brothers would have to steer a dead drunk father home. Another would wait for a mother to decide which 'uncle' would take her home. Their sadness and resignation told the story for they would be happier when Monday came and they were back with the rest of us. I wrote about them and it must have been a convincing piece because the head read my parents the riot act. When the truth was revealed the head lectured me on responsibility and respect.

My parents would make return visits - at least they were better prepared.

I loved writing but could never stick to the brief. Teachers didn't know how to mark my work but by sheer luck I was always in the top three in English. As I was leaving school my final English master took me to one side and told me that I should never stop writing.

Wanting to be a writer was one thing - at 17 I tried my hand at writing a book but there was a competitive market and I was too young. The second novel - well less said the better (or rather all said before).

What did I really want to write?
A Western - my life evolved more around the books and movies.
I firmly believed that only Americans wrote westerns - sure there were exceptions like the British writer Oliver Strange - but it didn't stop me from toying with ideas.

Christmas 1978 came with a couple of pressies that would change the whole scene. Was it possible that dreams could come true? 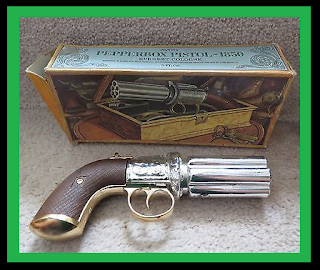 Ah ha! A few of those points resonated with me. Thanks for the read. :)

I failed my GCE English twice, and my English teacher's name was Mr English! Great to read your continued reminiscences, Ray. :)