XBOX ONE: A GAME FOR A LAUGH 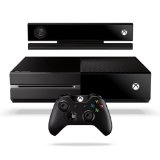 So here it is the new games console from Microsoft - the Xbox One. The next generation that will cost, according to Amazon, £599.99. Nor will the games come cheap either as they are listed at a price of £89.99.
No incentive there to buy this product.
The games will cost over double the current game discs.
And if my current gaming experience is anything to go by then there is little to encourage me to even think about investing in a new console.

Currently, I get messages from Microsoft to say that my Xbox 360 cannot connect to Xbox Live and that I should turn off my modem for 30 seconds and then retry only to get the same message. In reality I cannot turn off the modem for the simple reason that it is up and running okay because my wife is using it for the PC.
Switch off the Xbox and put on the PlayStation 3 - not a problem with connection.
So will things change with the new Xbox console? I doubt it.

With the new console comes 'Call Of Duty: Ghosts' game.
Again not the greatest advert for a new console - not when you have 'Call Of Duty: Black Ops 2' as an example.
A sample game in online multiplayer goes like this:
In order for a game to begin there is a list of players (12 Max)
Need more players to balance teams (there are 12 players listed)
Migrating hosts (whatever that means)
Need more players etc.
The game is about to begin.
Need more players (no change there)
The game is about to begin.
Eventually, and after time to visit the loo, the game does start - then as you start the game goes black and the message 'Migrating Hosts' appears and the player finds themselves back at the title screen.
To add insult to injury the player is told that if they leave a game then they will face a penalty - but the player didn't leave the game.
Countless 'Server Error' messages turn up.
Then there are the glitch issues - avatars that don't take bullets; or move slowly or just plain disappear.
Not the way to sell a product for a new game in the 'Call Of Duty' saga.

As it stands - I'm sticking with what I have.
There is an old adage that says that fools and their money are soon parted.
And another that says that if it isn't broken then don't fix it - the current Xbox still has a lot of unexplored potential and I don't think that producing a new console will improve things.