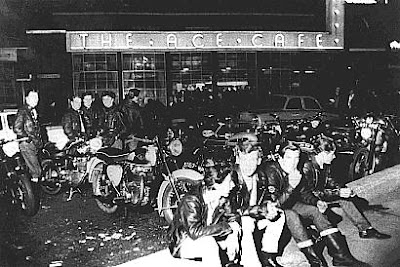 Labels: The Ace Cafe - motorbikes - The Sixties - Mods and Rockers

Again an excellent post, full of humour - what are you rebelling against? What have you got?

Oh, yes, I was a real wild one

Enjoyed reading this Ray, and the previous post. Really like how you've ended them...leaving us eager for more.